I made an Instagram story yesterday evening. It was a picture from the back of the Photography II classroom of a dozen kids looking at Isabel Quintero and Zeke Pena, the author and illustrator of the graphic novel Photographic: The Life of Graciela Iturbide that I blogged about in 2019 alluding to this collaboration. Above it I said “I f*ing love what I do” with a bouncing heart emoji over the Smartboard projector in the photo and a gif of a girl waving a book next to the words “school librarian”.

Because, I f*ing love my job as a school librarian and days like this remind me of that exponentially.

I’ve spent about a month in and out of this class working with the teacher and students to include the graphic novel into their identity unit that teaches them about portrait taking where they photograph six different portraits for the project.

Remember and remind yourself of days like these above on the days that I feel like this below: 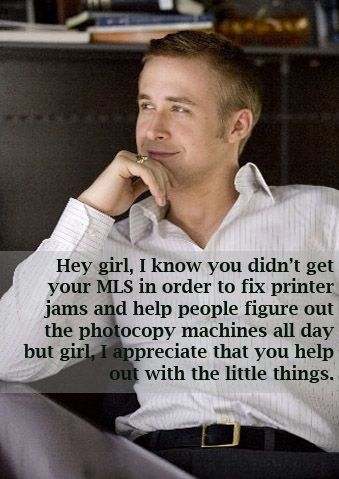 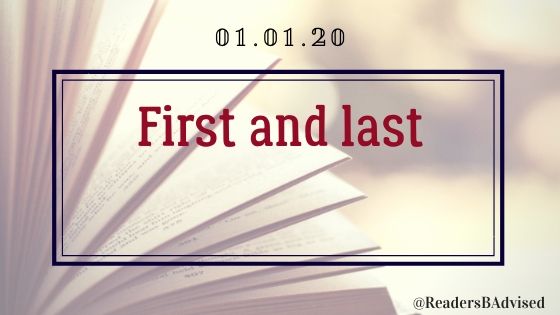 Some readers have rituals. For a lot of my reading librarian friends specifically there was a lot of late 2019 chatter about their last book of 2019 and/or their first book of 2020. I fall into the same category whereby I strategically plan specific books around occasions. I fall into the latter category of planning both my last book and my first book, both of which ended up being five stars.

Marie Lu’s Rebel, the fourth book in the Legend world that takes place in the future in which Daniel’s brother, Eden, is attending university in Antarctica where they’ve settled while June is still working in the Republic. The story, like Lu’s others, have two narrators that are differentiated by the text color as they pace the book out with the developing conflict as it switches fluidly back and forth. The  world she creates is superb and the futuristic action is heart-pounding.

Monica Hesse’s yet-to-be-released They Went Left that’s anticipated for an April release. Not only have I read Hesse’s other YA historical fiction titles, but her adult nonfiction book American Fire. All showcase her skillful writing. This one fits in a newer focus of YA books on the liberation of Jews after World War II like the Morris finalist from last year, What The Night Sings by Vesper Stemper. Hesse dives into this world with Zofia, who has lost most of her family but still holds out hope that her younger brother Abek has survived. Shifting to several places before settling into a relocation camp where she meets a brooding boy, Josef, she is reunited with Abek but questions about what both boys have been through since the war broke out provide the riveting content of the book’s second half. Put this at the top of your list for April.

You can follow all of my reading and review on Goodreads and plenty of bookstagramming @ReadersBeAdvised on Instagram.

“Santa, can you bring my mommy a new heart?”

This post was originally published on the Times Union Books Blog.

I’m going to end the year making you ugly cry, so be prepared. Yet, I’m still going to connect it back to a book but also share a much more important message that is best said via video.

This is my cousin. Since I don’t have a sister, she is the closest thing as a cousin who lived up the road most of my life. And that was what has happened over the last few months which culminated in a heart transplant, the gift of new life, on December 4th.

I had been out to visit her before things turned worse and as I returned to work, I saw a book that had been sitting on our shelves. For some reason I thought that maybe I’d read it but I wasn’t sure, so I took it with me to lunch and was instantly drawn in because it mirrored the real life experience my cousin was going through: the right book at the right time. I’m sure we’ve all experienced that at one time. The book was The Man Who Touched His Own Heart: True Tales of Science, Surgery, and Mystery by Rob Dunn, which is a fascinating deep dive into the heart from 2015 in a fairly comprehensive look that includes chapters on da Vinci and dogs as well as air pollution and what animal’s heart could likely be the most useful in transplantation. Dunn is an associate professor of Ecology and Evolution and brings a bevy of knowledge. While the title itself is taken from one of the stories, the book as a whole brings together multiple stories that adequately represent his opening statistic: one in three adults in the world will die of a disease of the cardiovascular system. Dunn does well by the couch scientist in us all to tell the story of the heart without complicated medical jargon and chronologically explain our understanding of this vital organ. As a reader, I know much more about how hearts work and respect how he goes about explaining it all through the brilliance and courageousness of professionals (and sometimes non-professionals).

“In the 1400s, it was often said that the story of each lived life was written on the inside walls of the heart by a scribbling and obsessive God. When the heart was finally opened and examined in detail later in the same century, no such notes were discovered. Still, each mended heart bears the mark of a different kind of narration. Each mended heart beats out a conclusion to the struggles of the scientists, artists, surgeons, and writers who, with heroism, hubris, and insight, have done battle with the heart’s mysteries for millenia. Each mended heart beats out a story of frailty but also of possibility.”

For my cousin, mending her heart wasn’t possible, she needed a new one. She got one because someone decided to donate theirs. So, my message is two-fold: donate life through blood and organ donation. If you need a goal for 2020, make it this if you’re not already. And second, take this opportunity to learn, explore, escape, re-evaluate, and empathize with books. If that’s not a 2020 goal to read more, add that to your list too. 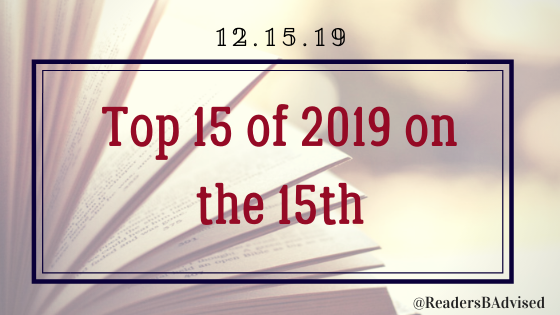 Let’s make this a thing!

Last year I shared two lists: an adult and a YA/middle grade top 10 based on the books published in that calendar year. This year, absent from my list will be any fiction titles since I’m finishing up my term on YALSA’s Best Fiction for Young Adults blogging team. Our final list will be available soon and in the meantime you can see the titles we’ve all blogged about throughout the year.

Graphic novels (in no particular order)

And those fabulously fascinating nonfiction titles (again, in no particular order): 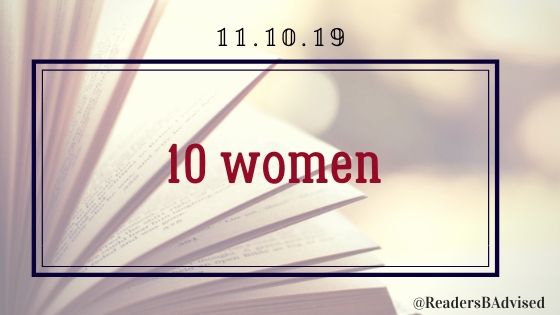 Over the last few days, people on Twitter have been sharing their tweets about ten women that have inspired them. Today, I joined the crowd. But I couldn’t let it end with tagging them. Here’s a little more: 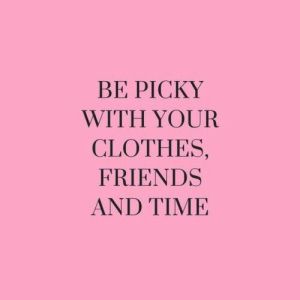 Think about the women in your life and how they inspire you.

We should all spend a little more time thinking about what we’re grateful for. And, rolling in to the Thanksgiving season, it is the perfect time to stop and think about. And sometimes you just need a old-school chain tweet to remind you about it too.

Posted by Alicia Abdul on November 10, 2019 in Blogging, Miscellaneous 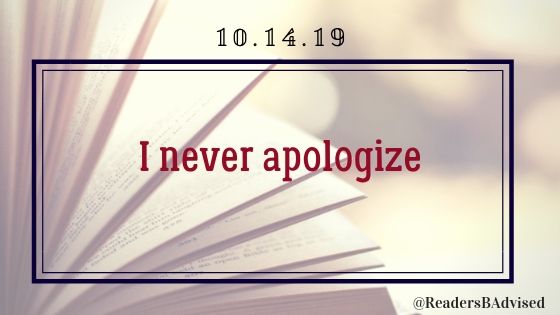 I never apologize to myself or others for reading hiatuses, just like I don’t apologize if it’s been four weeks or four days since my last blog post.

I never apologize for taking a break from reading fiction so that I can read a graphic biography.

I never apologize for reading picture books at lunch even though I’m a high school librarian, and I will count each book including those picture books in my overall total.

Posted by Alicia Abdul on October 14, 2019 in Blogging, Miscellaneous

Photographic memories: A collaboration with wings 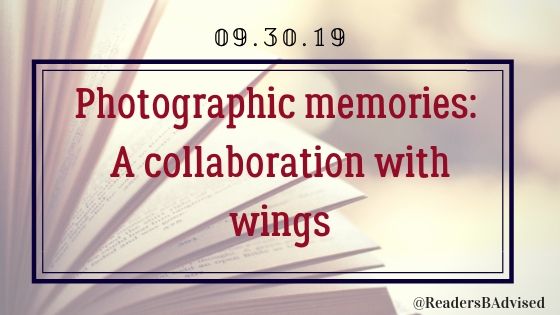 Spending a massive amount of time reading fiction for my year-long commitment to the Best Fiction for Young Adults blogging team means that I need a mental break once in a while to read nonfiction, poetry, short stories, and anything graphic to keep me fresh for fiction. And in the words of Frenchman Stendhal, “a good book is an event in my life.” Photographic: The Life of Graciela Iturbide is one such book from this past weekend. It hasn’t left me.

Published in 2018, I saw the cover frequently and wanted to get my hands on it. Focused on the life of Graciela Iturbide, she is the title character and the most memorable. A life that endured a tragedy, the death of a child, which she never talked about, it threw her into a tailspin and she became uber-focused on photography by specifically documenting her native Mexico. 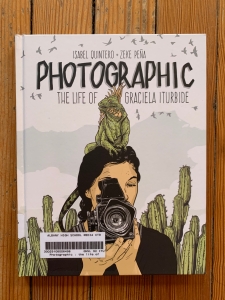 And it’s the likes of illustrator Zeke Peña combined with the words of Isabel Quintero that merge Iturbide’s photography with an illustrated style that brings it to life two-fold. The most memorable panel, the one in which Peña re-works the iconic woman with the iguanas side by side with the photograph courtesy of Getty Images, is striking. And there are other panels that captivate the reader in their presentation and solidifies Peña’s skill both individually and collaboratively working with Quintero’s storytelling. Plus, the font itself worked seamlessly for my eyeballs to move around the pages and panels. Even Peña recognizes the beauty of illustrations by thanking readers “you and your eyeballs for reading this book”. You’re welcome, Peña. Thank you for illustrating it. And it got me thinking about my own life at thirty-something– how would Peña draw mine? What would Quintero write about me? Perhaps the best kind of self-reflective writing prompts could come from this book. 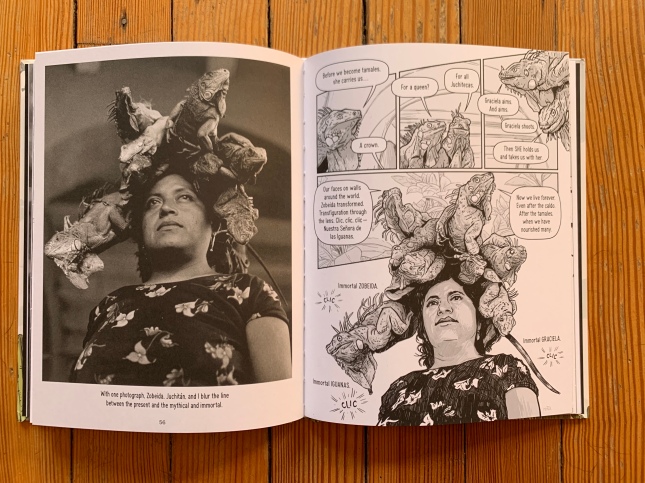 How can we know so little about Iturbide? I am grateful to author and illustrator for starting the conversation with this glorious ode to her life and skill. And nothing says it better than Quintero’s words on Iturbide’s travels in this memorable quote: “Traveling is lonely. Not a desperate loneliness but the kind that asks me to reflect more deeply about the place I’m in. The wings behind my eyes open wide; traveling helps me see my many selves better”.

I advise (that like me) you read this more than once, keep it close by to recommend often, order multiple copies, and encourage budding photographers with this graphic novel biography.